Next up in the series of The Global Differences of Baby-Making I talk to Kathleen who is Canadian and had her son in France. Here is her story: 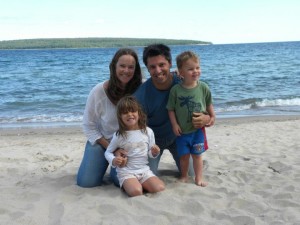 My name is Kathleen. I’m 45 years old and I’m from Canada, although I spent part of my childhood in Japan. My husband is French. Our two children are 5 and 3 years old. We currently live in Toronto, Canada.

My husband and I met in Kuwait in 2003 and after getting married in 2005, we moved to Algeria, then the next summer to Vietnam with plans to stay for a couple of years. However, after about 7 months there, I got pregnant with our daughter, so I went ‘home’ to Regina, Saskatchewan to have her. We were living in a very remote and rural area of Vietnam at the time.

When our daughter was 2 month’s old, we moved to Qatar for the year. Then, next stop. France.  I got pregnant within a couple of months of arriving in France and our son was born there.

We had my son in France because we were living in my husband’s home country at the time. 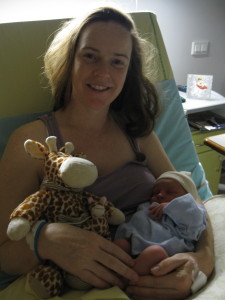 My experience with the French public health care system, though sometimes confusingly and extremely bureaucratic, is that it is excellent.  I was pleased with the care I received during my pregnancy.  I also liked that we could stay at the hospital after the birth a bit longer than you would in Canada. I realize that’s not for everyone, but I sure did enjoy the rest. And surprisingly, the food was yummy. At a public hospital!

I had a frightening second pregnancy. It started out fine and as it was my second pregnancy, I didn’t have all the anxiety and nervousness of my first. I was much more relaxed, even in dealing with doctors in another language.

My only anxiety was dealing with all the paperwork and trying to find a hospital.

However, by the 8th or 9th week, we  received the scary news that I had contracted toxoplasmosis and would need to see a specialist plus have monthly ultrasounds.  I was immediately prescribed antibiotics, which I took for the remainder of the pregnancy.

After that, I’d say I was alternately zen and stressed. We had to wait until the 18th week to have an ultrasound that would show how the baby was developing.  After getting good results, I chose not to have an amnio which would have determined 100 percent whether the toxo parasite had tranfered to our son. I had expected my OB/GYN to disagree, partly due to my age as well (I was 42 at the time) but he accepted my decision. (My OB/GYN in Canada was not happy when I said no to an amnio at 39 years old.)

You may not want to hear that there is more, but there is indeed more…while things were looking good as our son was developing, I ended up with a twisted ovary at the 7th month mark. The pain was excruciating and due to a slight infection and the location of the pain, my OB/GYN thought I might have appendicitis.  No tests could prove otherwise and the pain was intensifying.  I had to have an abdominal laparoscopy (keyhole surgery). Both my son and I were put under general anesthetic and I was warned by my OB/GYN that there was a possibility that our baby would also be delivered by c-section if there were complications (but that our baby would be ok, but have to be in NICU).

The operation was a success and my baby stayed put. Then I was faced with the decision of whether or not to get the H1N1 vaccine as the virus was in full force in the Ile de France at the time. The maternity wards were not allowing any visitors, including children, during check ups and after the birth except the pregnant woman’s partner Since I was put on bedrest for the rest of my pregnancy, I decided against getting the vaccine. There was a lot of hysteria at the time and the media was reporting that pregnant women who got the flu were badly affected, so it was a tough decision.

In any case, a few days after I got the official ok to move about, our son was born, 3 weeks early, but healthy.  My mom, who had come to take care of me, got to meet him right away (she received special permission from the hospital to visit) so that was pretty special.

My delivery was quick and uneventful, for me. The OB/GYN wasn’t there, but the midwives were supportive as was my husband, who rushed out of the delivery room to get the midwives to come back sooner than expected. They felt it would be ages before I delivered. They were wrong and I knew it.  I could tell my son was coming fast.
Post-pregnancy, we were back at the hospital a few times so my son could get his eyes tested and his brain scanned. Tests later showed that he had not been infected by toxo, to our relief. 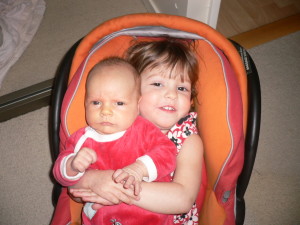 I didn’t gain as much weight in France as I did in Canada with my first so I wasn’t ‘harassed’ about it. I had heard that could be a problem if you don’t stay within the recommended weight guidelines.
The only other opinion I heard that was different from what I experienced in Canada was that my OB/GYN said that if you are still pushing after half an hour, they will intervene (ie with forceps, followed by c-section.) I pushed for nearly 2.5 hours with my daughter in Canada and he was shocked by that. He felt that that could have caused me/my pelvic floor irreparable damage. Fortunately, my second labour and delivery was super fast so I didn’t need to test this.
Regarding breastfeeding, I had had a very difficult time breastfeeding my daughter in Canada, but the support there was stellar, including home visits.  I expected to have a hard time with my son too and did worry about support, but both the nurses and the lactation consultants who visited me on the third day were very helpful and supportive. Fortunately, my son latched quite easily and breastfeeding him wasn’t as hard.

If you’re in a country where you are recommended not to eat certain foods that would be no big deal in your own country, maybe listen to the advice. We have no idea how I contracted toxo, but I didn’t worry too much about eating salads nor pinkish (not rare, but pinkish) meat. I should have been more careful.
And if you have a diagnosis of toxo or some other medical issue that is more common in the country where you are pregnant, read up on it in both your own language but also read the stats, information and tips from the country you’re in. I found the French websites dealing with toxo much less scary and more factual and hopeful. If that makes sense.
Finally, it really helped to belong to an Anglo parenting group in the Paris area. I had a lot of support and help, both IRL and on the forum during my pregnancy. 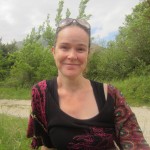 Kathleen is a teacher and co-creator of http://suminoizumi.com, an online resource inspiring expat trailing/accompanying spouses to tap into their creative sides, their passions, and their interests to better learn the local language.
Follow her on Twitter and like her on Facebook