Next up in the series of The Global Differences of Baby-Making I talk to Rilla who isFrench and had her son in South Africa. Here is her story: 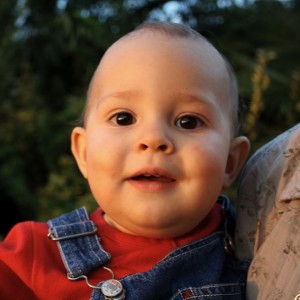 My name is Rilla, I’m 27, French and I’m a translator. I grew up in Strasbourg, France, but I now live in South Africa, where I’ve been for 2 years already. I have a 18mo son and I’m pregnant with my second son, who is due some time in February.

My husband and I were newly weds, out of jobs and visas in Israel, when we decided to move to South Africa, his country of origin. And that’s when we found out that I was expecting! It wasn’t planned at all but we welcomed the news, and honestly, looking back today, we see that we have grown a lot together thanks to this adventure. We didn’t go to France because we expected it would be more difficult work-wise as my husband hadn’t started learning French yet, and I wanted to experience life in his country. So South Africa seemed an obvious choice to us.

To me the best aspects are multiculturalism and multilingualism. My baby is brought up in a French-Afrikaans environment, with a Tswana nanny. All three mentalities are very different, and I hope to raise children who have an understanding of the world and of others, who will not judge based on appearances but learn to respect others first and foremost. That is why it is important to me that my son learns his nanny’s language too. So I speak only French to him, my husband only Afrikaans and the nanny only Tswana. Surprisingly, he is not confused a bit by all this “babel-ing”! He understands Afrikaans and French perfectly, and Tswana quite well too I think, although he speaks mostly Afrikaans. And he speaks a lot for an 18mo, so all these languages are not delaying his speech in anyway thus far. 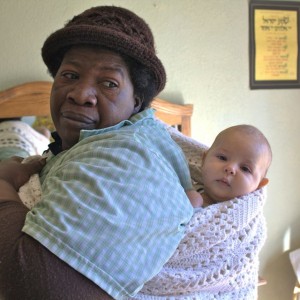 I found it a little frustrating at times to be so far from my family and friends. Only one friend saw me pregnant, and I wish I had been to be able to share more of these moments with those I love, back in France. I still have my grand-parents, and I am the eldest in the family, so my children are their first great-grandchildren, and I felt like I was depriving them of the honour to see their descendants growing -by the way, at 80 years old, they are taking the trip of their life to come and stay with us for a month!

So for me, living abroad is a sacrifice when it comes to relationships.

After Brazil, South Africa has the second highest rate of C-sections and it is the norm to opt for an elective C. In the province of Johannesburg, the rate is 80%. So when I told the gynaecologist that I wanted a natural birth, he basically told me, TIA baby! (This Is Africa)…”You’re not in Europe, birth is risky here”… That’s the mindset around here, so for many, my choice seemed irresponsible. Thankfully, my husband supported this project and we decided to find a private midwife. We struggled, but eventually we found a great one whom I learned to trust, and I don’t think I would like to give birth with someone else now.

Three things come to me.

First, have it your way! If you feel like the kind of birth you seek is not the norm where you are, it doesn’t matter. What matters is that you feel at peace with yourself and the way you bring your child into the world, and that you are empowered by it!

Secondly, develop a network of support. A pregnant woman has a lot of questions/thoughts going on, and it helps so much to simply be able to chat about things. Most of the time, we find answers for ourselves, we don’t need expert advice 🙂 Once we can express all the feelings and emotions, they sort themselves out and it is helpful to have people around to offer some support when feeling tired, or in need of a break -including a break from the baby!

And finally, this last advice was given to me by a friend here and I believe it made a difference for us: make room for your husband to get involved. We, new mothers, all want our new father to help and “get his hands dirty”, but we tend to feel like he’s not doing it as well as he should. So my friend told me to make sure I let him participate freely. Whatever he’s doing, whether he’s changing a nappy or taking a bath with the baby for example, don’t look over his shoulder, rather leave the room and let him do it his way. The nappy may not be perfectly adjusted, or he’s not holding the baby the “right way” and so on, but your lil’ angel will be fine and your husband will gain confidence and bond with his child, and that’s worth the effort.