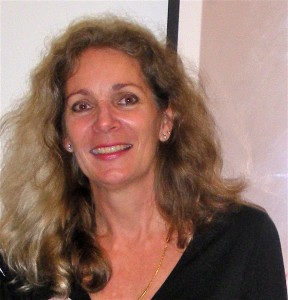 This week I talk to Apple who is TCK and eternal expat. She shares her experience of having a baby in Holland, and another in Thailand as part of the series The Global Differences of Baby-Making. Here is her story:

The decision to have a baby in a country not one’s own is a big one for most expatriates. In situ is often the choice made, maybe with the help of the soon-to-be-grandmother willing to travel and assist with either existing children, or to give succour to a brand new mum. Others decide to fly back to their passport country for the delivery.

For me the decision was easy. Granted I was, neither time, in a country with sub-standard medical care; but the overriding fact was that as a TCK I did not consider my passport country my home. Wherever I happened to be living at the time was home.

Our daughter was born in Emmen, The Netherlands and I had nothing but praise for the care received throughout my pregnancy and after. The Dutch had post-natal care down to a fine art with home visits given by both the mid-wife and the kraamverzorgster, who helped with all things to do with the newborn. A comforting voice offering advice and sound commonsense to an at times weepy mother.

Neither did having a baby in Holland present any great cultural differences, and I was up and on my bike, along with my baby, remarkably quickly.

Still in the dark ages, before the Internet and mobile phones, we sent letters with stamps on them around the world three years later announcing the birth of our second child, in Bangkok, Thailand. It took a few weeks for the news to percolate through to family and friends but was still joyously received. A few months’ later congratulatory letters and cards finally caught us up after a relocation to Singapore shortly after the special delivery.

My doctor was a delightful Thai who happened also to be a friend. I remember being slightly peeved that he and my husband were engaged in the serious business of completing the Daily Telegraph’s cryptic crossword and were not, to my mind, focusing on the important things in life, me. But when push came to shove I had everyone’s attention.

On a gloriously sunny day in Bangkok at Sametivej Hospital just before lunch, Edward arrived with relatively little fuss considering he was ten days overdue, and tilted the scales at just over ten pounds. After lying with him in my arms for a while admiring this amazing creation and watching my husband’s delighted face, the newborn was taken to the nursery for a few rays under the lamp.

His father went home to tell our daughter about her brother’s safe arrival, which in those pre-sky-train days in Bangkok could take anything up to a couple of hours. I meanwhile was wheeled into my darkened room for a little rest and recuperation.
Dozing in and out of consciousness, happy and relaxed, I was woken properly by the door opening. In itself not a fantastic phenomena, but the breeze the act provoked created a ripple chain reaction along the polystyrene ceiling tiles, until finally the one above my bed lifted five or so inches before settling back with a sigh and a thud.

I was now truly awake and watched the diminutive nurse bustle in with a fresh jug of water and a beautiful arrangement of purple vanda orchids delivered by a friend.

“Sawadeekah,” she greeted me, pouring a glass of water.
“Sawadeekah,” I returned. Kob khun kah,” I thanked her as she handed me the glass.
“Oh Madam, so solly,” she continued, switching to English and fussing with the pillows.
“What?” I asked on instant alert, tears already flowing.
“Madam? What matter? Why you cly?” She asked patting my shoulder.
“What’s happened? My baby?”
“Oh Madam, no, no, baby OK.”
“Why are you sorry then?” I asked sniffling.
“Boy born year of Tiger vely stlong, velly difficult. Better wait for labbit.”
I cried from relief, and later pondered the thought that no matter where we have our babies in the world and no matter the research we have done, there will be cultural misunderstandings.

Twenty-five years later I am delighted to report our son, born in the Year of the Tiger has proved strong, but not difficult.

Apple Gidley writes and speaks on intercultural and expatriate issues based on her experiences as a lifetime global nomad. She has lived and worked in Africa, Asia, Europe and the US while raising two TCKs. She writes a monthly column for a Houston magazine and is published regularly in The Weekly Telegraph amongst others.
Follow Apple’s blog or Twitter