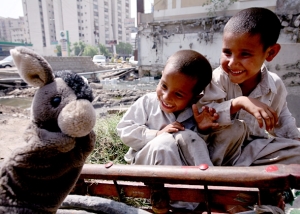 When you walk down the streets of third-world countries, scenes of children begging for alms are a common sight. Knowing that these innocent kids have been suffering from their homelessness, as well as possible physical and emotional abuse from parents and peers, saying no to them when they ask for some loose change can be very heartbreaking.

Thing is, some countries have rules against giving alms to the poor and for good reason. A lot of street kids are being used by underground syndicates. The money that these poor children get from passers-by, of course, won’t be used for their benefit but as funds for illegal activities done by the very people using them.

So instead of giving street kids money directly, here are a few alternatives that you can do.

There are a lot of charities no matter where you live in. Help in soup kitchens, gather clothes for the homeless, and reach out to schools that are in dire need of teacher volunteers. Sometimes, there comes a point that charities have more money than volunteers, so it’s always great to help physically. Share your talents to the world! If you’re a doctor, participate in medical missions. If you’re an engineer, help build schools for kids. If you can, help your local charity instead of giving aid to international ones. Chances are, your local charity isn’t given much attention compared to globally-recognized agencies.

There’s a saying that goes something like, “Give a man a fish and you feed him for a day. But teach a man to how to fish and he can feed himself for as long as he lives.” Child sponsorship is a great way to give children a second chance in life. By providing them with basic needs and education, you will be able to help a kid get out of poverty forever. So instead of giving out some loose change to kids on the streets, why not sponsor a child until he or she is old enough to be employed? There are a lot of charities that help kids break away from poverty. UnaOil Kids is one of them, and is particularly dedicated in helping children from politically-unstable countries.

Give them food and talk to them

If you can, give food instead of money to street children. Giving street kids food and talking to them is a great way to make them feel that they’re loved and remembered. Talking to them would also allow you to know how to help them best. Treat them to places where healthy food is served. Most fast food joints don’t really serve healthy choices that are necessary for a child’s growth.

Kids are the world’s future and each of them deserves a good life to live. Sometimes, money isn’t the answer to break them out of poverty but long-term commitment in making their lives better.