Next up in the series of The Global Differences of Baby-Making I talk to Phoebe who is a British/Australian TCK and had her sons in France. Here is her story:

I’m a British/Australian expat since birth currently living in France. I’m really not « from » anywhere having lived in 9 countries, I’m what’s called a TCK (third culture kid). I have 2 boys aged 15 and 9. 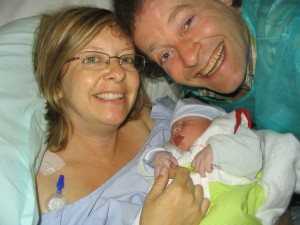 I had my boys in France as it’s where I was living. It didn’t feel like « abroad » as I don’t have a « home » other than where I’m living in the moment !

As there was nowhere else I’d go to have my kids I can’t really say what the benefits were over anywhere else. But I can say that France has excellent medical care and everything to do with maternity and childbirth is 100% reimbursed by social security making it completely free. As I was considered an older mum for my 2nd baby I had a higher risk of certain problems and I really appreciated all the extra tests/ultrasounds etc I was given throughout my pregnancy. I was massively in pain towards the end of my 2nd pregnancy and hugely appreciated having my baby induced 2 weeks early to end my pain. This pain wasn’t life threatening for either me or the baby but my comfort and ability to function was considered important. My sister had exactly the same thing at the same time in UK and had to persevere till the end. I know which option I preferred and certainly felt the benefits of a more medicalised approach in France at this stage. For the births I had a double room for my first child, though there was no one else with me for most of the time I was there and a private room for my 2nd child. Both had private bathrooms. My babies were with me in the room but could be taken away and looked after if I wanted to rest. In France you stay in hospital for longer than in many countries and for me the benefit of this was that I felt rested and confident handling my newborn by the time I went home.

For my 1st baby I’d only been in France for a couple of years and my French was OK but not great so I chose to give birth at the Franco-British Hospital in Paris as I thought there’d be more anglo influences and some English spoken. It turned out the only English thing was a portrait of the Queen Mother in the lobby!! At the time there were no parenting blogs or online help so I relied on English books on childbirth/pregnancy etc. All my influences and ideas were very British, not French; things like birth-plans & pain relief differed hugely and I went into the birth process feeling disappointed that nothing was how I wanted it. For my 2nd child 6 years later I was much more confident and my French heaps better so I chose the local “clinique” which turned out to be way nicer than the Franco-British Hospital! I also chose to go with the flow and do it the « French way » not fighting every bit of advice I was given and in doing so had a much happier and satisfying birth experience. « When in Rome and all that.. » 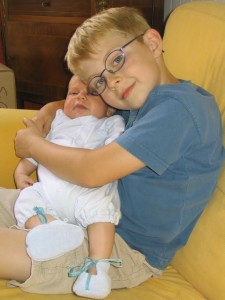 If I take my « home » country to be UK then yes I continually came up against differences of opinions, particularly concerning what was OK to eat and what wasn’t during pregnancy, drugs during birth and the whole medicalisation of pregnancy. However, unlike many of the others talking about France in this series, I was fully encouraged to breastfeed and continue as long as I wanted. Yes, many health professionals were surprised to hear I was still breastfeeding at 8,9, 10 months but they were impressed and encouraging not negative. And as I mentioned above, once I’d accepted more of the French way of doing things I was much more relaxed. Differences of opinions continued throughout babyhood and toddler years (and still continue now I guess), I had the French side saying things like put shoes on very early to encourage walking, and the English side saying wait till the baby can walk before putting shoes on so as not to harm the feet ! Let’s face it, in the end all French and English babies learn to walk at pretty much the same age and neither has obviously more or less feet problems when older, so many of these things are just cultural differences, neither better nor worse.

I would say go with your gut feelings but try not to fight the host country’s ideas too much as it’s likely to all work out all right in the end. Stand up for what you believe in but listen to professional advice too. (I’m referring to pregnancy and birth here rather than parenting choices). If you don’t speak the language of the country you’re in do your best to find an English-speaking doctor/midwife as it’s hugely important to feel like you can communicate properly. Try not to assume your way is « better », learning to accept other cultures is enriching and if you’re like me at all then ultimately it’s more relaxing!

Find out more about Phoebe here: 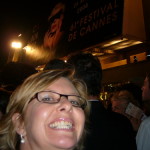 1 thought on “Having a Baby Abroad – Global Differences Series: FRANCE”