This week I talk to Toka who is from Kazakhstan, got pregnant in Russia, and then moved to France where she had her daughter as part of the series The Global Differences of Baby-Making. Here is her story: 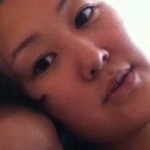 Tell me a bit about yourself? Where are you from? How old is your daughter and where did you have her?
Hi, my name is Toka, I’m of Kazakh origin, as we say born in USSR, but since my dad is a diplomat I have spent my childhood and adolescence in London. Today I live in France with my French husband and a 6 months old daughter born in Valenciennes.

Why did you have your daughter abroad? What do you feel were the benefits to having children abroad?
We were expatriated in Russia with my hubs for 3 years and considered seriously having our baby in Moscow when discovered that I was pregnant. The first 5 months of my pregnancy I was in Russia, and had a Russian doctor and only in my 6th month we moved to France.

The reason was the quality of healthcare services: although I speak fluent Russian, the fact that I didn’t understand how things worked lead to the fact that my Dr. prescribed me tests I didn’t really need, had put me in hospital twice “to conserve the pregnancy”, plus I encountered numerous bribery situations (i.e. had to give 1000 USD cash to the obstetrician to be able to deliver in a certain hospital). In general, I had an impression that everything rolled around money in Russia. But after we moved to France I had the most wonderful 3 months of my pregnancy despite the swelling feet (for what in Russia they would have put me in hospital), huge belly and language barrier.

I felt that in France things were more natural, you are left alone to enjoy your pregnancy and don’t have to see your doctor every week like in Russia. The birth preparation classes were very informative. May be I had a great luck, but the midwife was really “sage”.

As an expectant mother abroad how did you feel?
Generally when outside or at my Dr’s I felt understood and encouraged, people were helpful and kind. Although I was scared of giving birth, of pain, of being able to be a perfect mother, plus I had to make a great effort to make myself understood, and above all there was nobody to talk to; all this made me sad sometimes. I guess it is not only expecting mother abroad feeling, but the fact that I felt alone made everything a lot worse. At the same time my cousin had her baby in Kazakhstan and had told what an awful experience that was. My husband tried to explain me that I wasn’t alone, and that helped a lot.

Did you encounter any opinions that would have been different in your home country with regards to your pregnancy or parenting choices?
In Russia a pregnant woman is surveyed closely, her weight gain is charted by her doctor, weekly blood tests, urine tests and blood tension measuring are must. It might be a good thing in the case if there is any complication, whereas here in France I had to write up all the questions I had in order to not forget until my monthly check-ups. I still don’t know which way is better.

However, in France I received odd looks when said I wanted to exclusively breastfeed. Until today my doctor tries to convince me that the formula is an easier thing and I can leave my baby to a nanny. But it’s my baby, and I decide how to bring her up I guess.

What advice would you give other mothers in your situation?
First of all, relax, pregnancy is a God’s gift, so all we have to do is to enjoy it. Then, to try to find someone you can talk to, someone from your country, or just an any foreigner, because I think it’s useful sometimes to whine about the things in the country where you live. It would have helped me a lot.