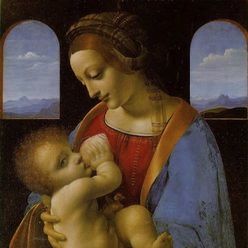 During my pregnancy I had the romantic idea that breastfeeding was going to be a sublime experience; beautiful, intimate and above all easy. I knew I wanted to breastfeed and didn’t explore any other options – I was actually excited about breastfeeding my child. I attended meetings about breastfeeding, excitedly purchased my nursing bras, nursing pads and a tiny tube of lanolin ointment (just in case I needed it) and I was all set to fulfil that ideal in my mind of being the next Madonna and child. All my preconceptions were shattered the day my baby was born.

The moment my daughter came into this world she was sucking, hard. She latched on to my breast like a pro and sucked for hours. I was so elated at having given birth to a foodie (like her parents) that I failed to notice that she was destroying my nipples because of improper latch.  In the early days each feed got harder than the last. I’d cry when she cried because I was so terrified of having my tiny baby, who fed like a barracuda, back on my breast but I had to feed her. I would grit my teeth and wrestle my newborn baby into all sorts of bizarre positions in an attempt to ease the pain and give her the milk she needed. Before and after every feed I would cover my nipples in lanolin – they were ugly, deformed, cracked and very, very sore – I spent the first weeks of my daughter’s life topless and it was far, far from anything sexy – how could this be normal?
Some people told me it was not normal. That breastfeeding shouldn’t hurt especially after 2 weeks. I felt I had failed. I was miserable. It DID hurt. I turned to friends and family for their advice and support to only realise that they too, had forgotten the pain or obviously took to breastfeeding like a duck to water.  I was lucky enough to have one friend who told me to ignore everyone, yes it hurts and pain has no time limit – as long as the baby was gaining weight my pain was secondary and it was only temporary.  The day my tiny baby threw up pink (because I was so cracked and sore she had swallowed blood with my milk) I realised why so many women give up breastfeeding.

However, I was determined not to give up. I found that as my daughter got bigger the feeding got easier – I am not sure if its because we managed to find better feeding positions, or her latch improved allowing me to heal or it was a combination of those things.  For me, it took a good 2 months to be able to say that breastfeeding no longer hurts and its actually become enjoyable. I can assure you that I never thought I’d ever be able to say that.
I tried pumping so I could give myself a break and a chance to heal but my daughter would never accept the bottle despite all our efforts. It was back to me, and only me to feed her which was time consuming and hard especially when you are tired, hungry, need the bathroom (and sometimes all 3 at the same time)
Now when an expectant mother asks me what they can do to get themselves ready for breastfeeding I encourage them to read up on it. Usually they have the same notion that I did. Only thing that may have helped me with feeding my little barracuda baby would have been to take the Dyson and attach it to my breasts for 6+ hours a day!

Today I look at my healthy baby girl with her delicious chubby cheeks and that is all the motivation I needed to persevere and get through the pain. Whilst I do not liken myself to a 21st century Madonna with child, my romantic notion that I had pre-baby as far as breastfeeding was concerned aren’t as far fetched as I thought when I first started. As cliché as it sounds, the phrase “no pain, no gain” certainly rings true for me and my milk monkey!

11 thoughts on “The Art of Breastfeeding – the early days”