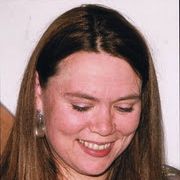 This week I talk to Nikki AKA “A Mother in France” who is English and has 5 children, 2 of which were born in France as part of the series The Global Differences of Baby-Making. Here is her story:

Tell me a bit about yourself? Where are you from? How old are your children andwhere did you have them?

I hadn’t actually planned on having any children in France. It was a bit of a shock when I discovered 2 weeks before we were due to move that I was pregnant with our 4th child. I had so much to think about and had such a stressful time getting to France that sorting out everything to do with pregnancies and babies just seemed another enormous hurdle to clamber over.

It was a bit overwhelming – especially as my French wasn’t great at the time. However I think it would have been more difficult for me had it been my first. 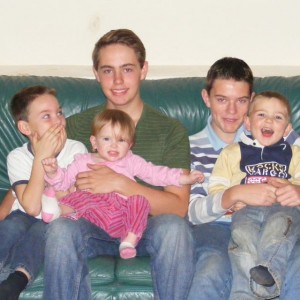 There are lots of things are different here. For instance you see a gynaecologist once a month whereas in England you’re usually seen by a midwife and maybe see a gynaecologist once during the pregnancy. In England everything’s sorted out for you – your scans, blood tests etc, but here the Dr gives you the prescriptions and you have to book all the appointments yourself.

There is much more medical intervention here, for example, I had an internal examination every month (I never had one in England) and I was induced quite early on in my 1st labour here, which I don’t think would have been considered at that stage in the UK.

The whole birth was far more businesslike, but I did feel confident they knew what they were doing. The hospital was very clean and comfortable – private rooms or maximum of 2, the food was good – it was like staying in a hotel (very different from my experiences in the UK).

Epidurals are very common here (something like 80% I think), which is not the case in the UK. In the UK epidurals aren’t encourage and I was of the impression that they were really dangerous and so didn’t have one with my first 3 children. However here I decided to try as it seemed so well researched with tests and examinations well before the birth to check your suitability. I’m
glad I did – it made both of the births I had here more enjoyable.

I was very surprised to find that breastfeeding is not as common in France as it is in the UK. Many people seemed amazed to learn I was breastfeeding and when they discovered that I normally breastfed my children for the first year I think they thought I was very weird.

If you don’t speak French well, try and find a gynaecologist that speaks good English. I had a problem when I visited my gynaecologist with my 2nd child in France. On the first visit he misunderstood when I told him I was pregnant and gave me a smear test!

If you live in a really rural area (like me) it is probably better to opt to have your baby in a bigger town or city as the facilities are far better. I had mine in Toulouse – it was an hour drive from home, but worth it!

Nikki is not only a wife and mother of 5 but also a Gite owner, Garden Centre and Landscape Gardening Business owner, Aspiring Author, Blogger and part-time taxi driver for her teenage sons. You can also follow Nikki on Twitter.